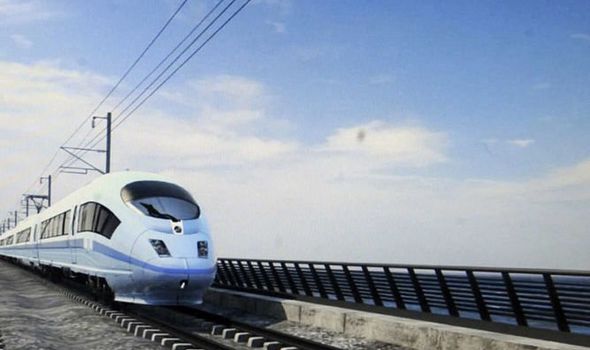 HS2 has begun formal construction with Prime Minister Boris Johnson pledging to create 22,000 new jobs. The PM attended the groundbreaking ceremony and said HS2 would "fire up economic growth and help to rebalance opportunity" across the country.
Johnson endorsed HS2 in February with formal approval granted in April despite the UK lockdown. The 20 year project will connect London with Birmingham, Manchester and Leeds and the government hopes that the investment in better transport links will rebalance the UK economy and 'level up' the Midlands and North.

HS2 Ltd. said that the start of formal construction work will bring a jobs boom with main contractor in the West Midlands, BBV JV, predicting a recruitment drive for 7000 skilled workers to complete its section of the route. EKFB JV which is building the south facing section to the Chiltern Tunnel portals will be recruiting for more than 4000 roles.
In total, an estimated 22,000 jobs look set to be created with London based Tier One construction partners looking to collectively recruit for 10,000 new roles.

"HS2 is at the heart of our plans to build back better" Johnson said, "the project will be vital in boosting connectivity between our towns and cities." He predicts that HS2 will deliver critical economic growth and create thousands of apprenticeships that will rebalance opportunity towards some of the UK's left behind regions.

Transport Secretary Grant Schapps called the shovels in the ground ceremony 'a major milestone' in the government's ambitions to build back better after the Covid-19 lockdown.

An estimated 400,000 supply chain contracts are set to be filled by British businesses during Phase One procurement with around two thirds going to SMEs. After 10 years of development work, HS2 is finally in a position to unlock jobs and supply chain opportunities across a network Johnson described as 'transformative'.

HS2 is not without its critics or its controversies with costs predicted to spiral and the development denounced as a vanity project that could cause considerable environmental damage. Opponents say that lockdown has undermined the case for HS2 by showing how easily people can work remotely.

Schapps acknowledged that more people than ever were working from home but claimed that the government was planning for the long term transport needs of the country. "We're not building this for what happens over the next couple of years or even the next 10 years, whilst we're building it. We're building this, as with the west coast and the east coast main lines, for 150 years and still going strong."

The first phase, linking London and Birmingham is expected to cost in the region of £45bn according to the latest estimates. Full services will start running from Euston by 2036, with high speed trains available from 2029.

Mr Mark Thurston, CEO of HS2 Ltd, called the start of full construction a 'hugely exciting moment' and echoed Johnson and Schapps in hailing its impact on UK infrastructure.
"We are already seeing the benefits that building HS2 is bringing to the British economy in the short term, but it's important to emphasise how transformative the railway will be for our country when operational. With the start of construction, the reality of high speed journeys joining up Britain's biggest cities in the North and Midlands and using that connectivity to help level up the country has just moved a step closer," he said.
HS2 have already released drone footage of major sites such as Euston, Curzon Street and the Chiltern Tunnels as construction o